The SACCO Societies Regulatory Authority (SASRA) Chief Executive Officer (CEO) has left office. In a story done by the SACCO Review the former SASRA boss, John Mwaka has exited office after completing his five year term as the CEO.

Kwara takes this opportunity to congratulate Mr. Mwaka for his tenure at the helm of SASRA and for championing effective reforms for the cooperative sector in the country. Under his leadership there has been effective oversight that has ultimately led to the growth of the SACCO sector.

We wish him all the best and success in his future endeavours. Mwaka is replaced by Peter Njuguna in an acting capacity until a new SASRA CEO is vetted and appointed. Njuguna is the head of SACCO supervision at SASRA. 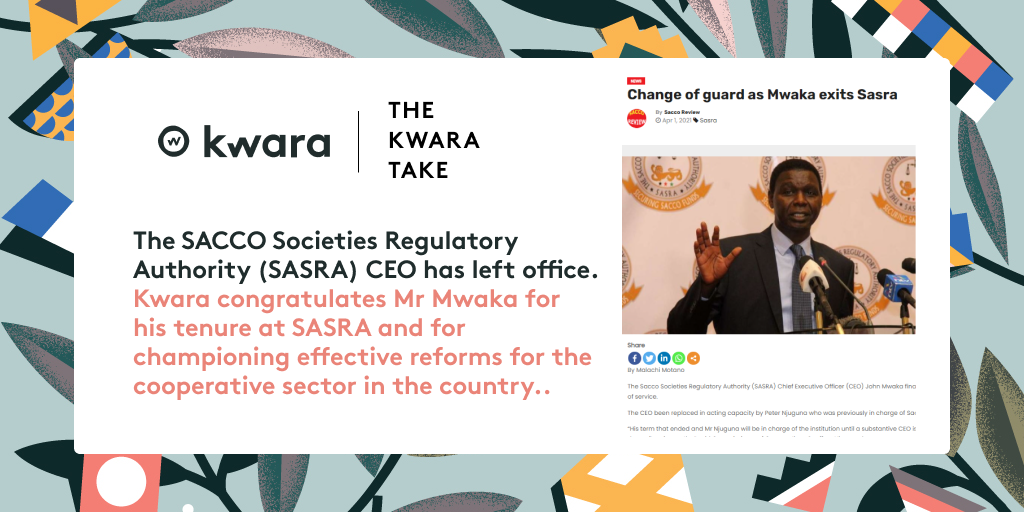 Expansion of SASRA’s mandate will strengthen the cooperative sector