The East Africa Newspaper published an article detailing plans by Kenyan SACCOs to establish and implement an inter-Sacco lending market. The Sacco Societies Regulatory Authority (Sasra) has proposed a framework for a Central Liquidity Fund (CLF) where SACCOs can lend and borrow money from each other.

Kwara celebrates this move as it will create a strong sector-wide cooperative culture where SACCOs can lend and borrow to spur each other’s growth. This move will also help decrease SACCO dependency on borrowing against high loan rates, issued by external, non-SACCO lenders.

Allowing SACCOs to borrow from each other in a structured and secure fund, will increase their effective lending capital. Ultimately, this will lead to higher availability of fair loans to members, and a decreased reliability of predatory lenders. 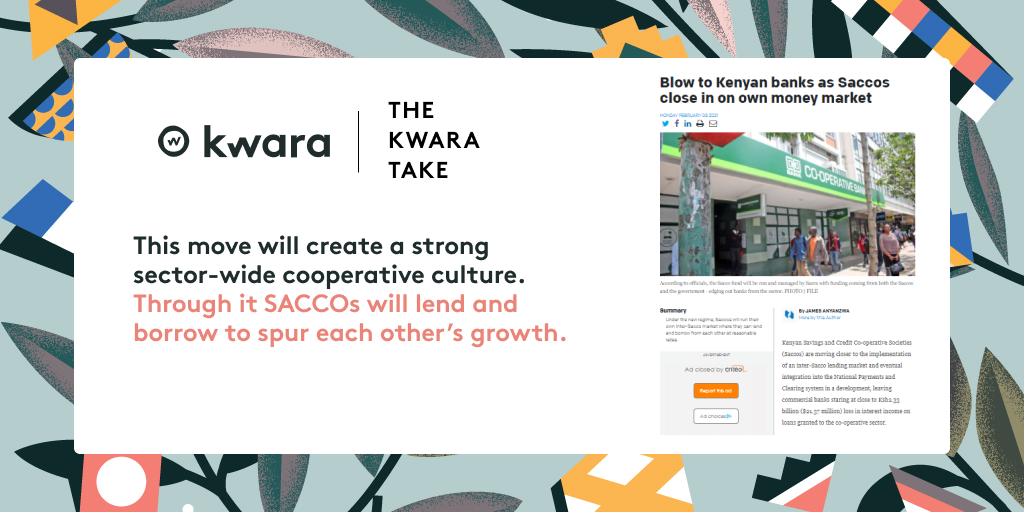