Imarisha SACCO to nationalize its presence

Imarisha SACCO plans to open branches in Nairobi, Nakuru, and Kisumu counties as it seeks to nationalize the SACCO’s presence. In a story published by the Star newspaper, the SACCO currently has branches in seven counties having recently opened the latest branch in Narok.

The news on Imarisha SACCO’s growth is laudable. It is inspiring when SACCOs grow as such developments directly impact the members. The growth of Imarisha SACCO will mean serving more cooperative members who will save and build wealth with the SACCO

The Kericho based Savings and Credit Cooperative that was initially dedicated to teachers has opened its doors to other employees and businesses, increasing its membership to over 100,000 up from 64,120 members in 2017.

A SACCO Societies Regulatory Authority (SASRA) report recently ranked Imarisha SACCO as the eighth best performing SACCO in the country. The SACCO Chairman, Mathew Rutoh attributed this to the SACCO’s excellent performance in its mandate of offering quality services to its customers. 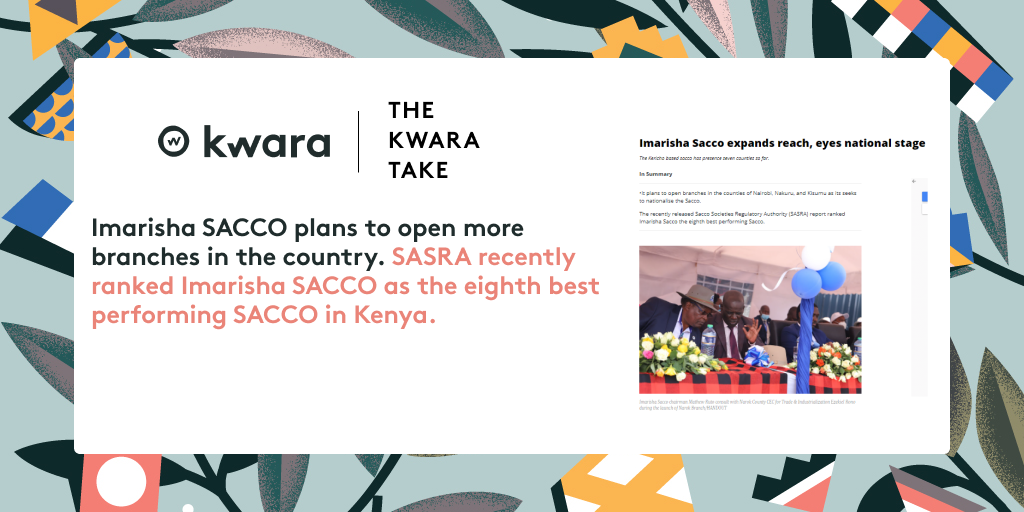 Tanzania Bank to work with cooperatives to boost industrialization