Harambee SACCO is reported to be eyeing an entry into the real estate space. Through its investment vehicle, the Harambee Investment Cooperative Society (HICS), the SACCO is in talks with the African Development Bank (AfDB) as it seeks to grow its asset base to more than Sh1 billion by end of year.

Kwara supports this move by the SACCO. In our past Kwara Take we featured the sentiments of Vincent Marangu, the director of the cooperative's banking division at the Cooperative Bank who asked SACCOs to widen their scope and exploit into other economic ventures. This is a sure way to grow the SACCOs’ investments and by extension grow the member’s wealth.

The Harambee Investment Cooperative Society chairman Macloud Malonza confirmed that they are negotiating a partnership with African Development Bank to ensure that they provide affordable housing for members in efforts to achieve the over Sh1 billion asset base at the end of year. He added that the plan is to give the society’s members an opportunity to put to use the land they purchase.

The society which largely serves the disciplined forces has acquired and sold over 200 acres of land in three years pushing its total asset base as at December 2020 to Sh616 million. 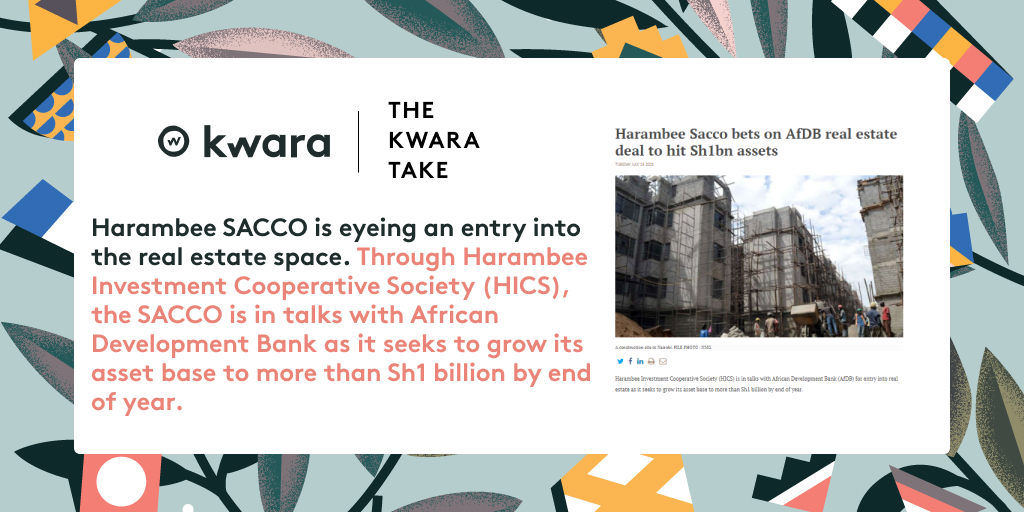