Kwara takes this opportunity to congratulate the SACCO for the milestone they have achieved. We believe that their success will also inspire other players in the SACCO sector to work towards realizing such achievements.

GCR noted that the SACCO’s rating reflects a  stable membership base and low non-performing loan (NPL) ratio of 0.8 percent compared to the industry average of 6.15 percent.

The Police SACCO has a membership base of 63,000, with an asset base of Sh39.1 billion. The SACCO membership is largely composed of police officers and salaried civil servants. 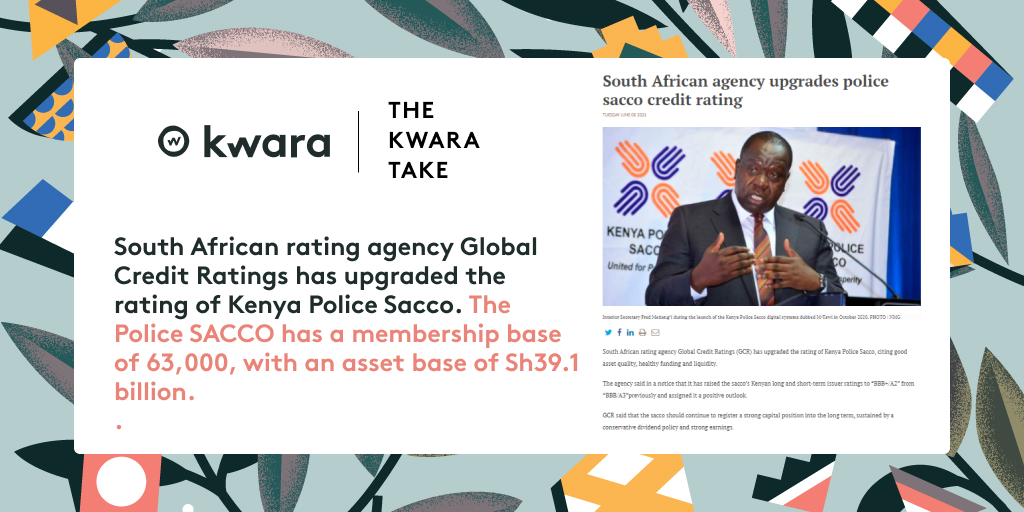