In a virtual briefing streamed through the BSP’s Facebook page on Wednesday, the BSP governor Benjamin Diokno said the central bank approved a program to strengthen coop banks in August 2011.

In an article published by PNA, another program aimed to further strengthen cooperative banks (coop banks) is now “under consideration,” Bangko Sentral ng Pilipinas (BSP) Governor Benjamin Diokno said. The program is targeted to ensure that the sector remains resilient to continue to cater to local communities and be among the drivers of growth in rural areas.

Kwara supports all efforts by government agencies to strengthen cooperatives realizing the role they play in building strong and resilient communities. 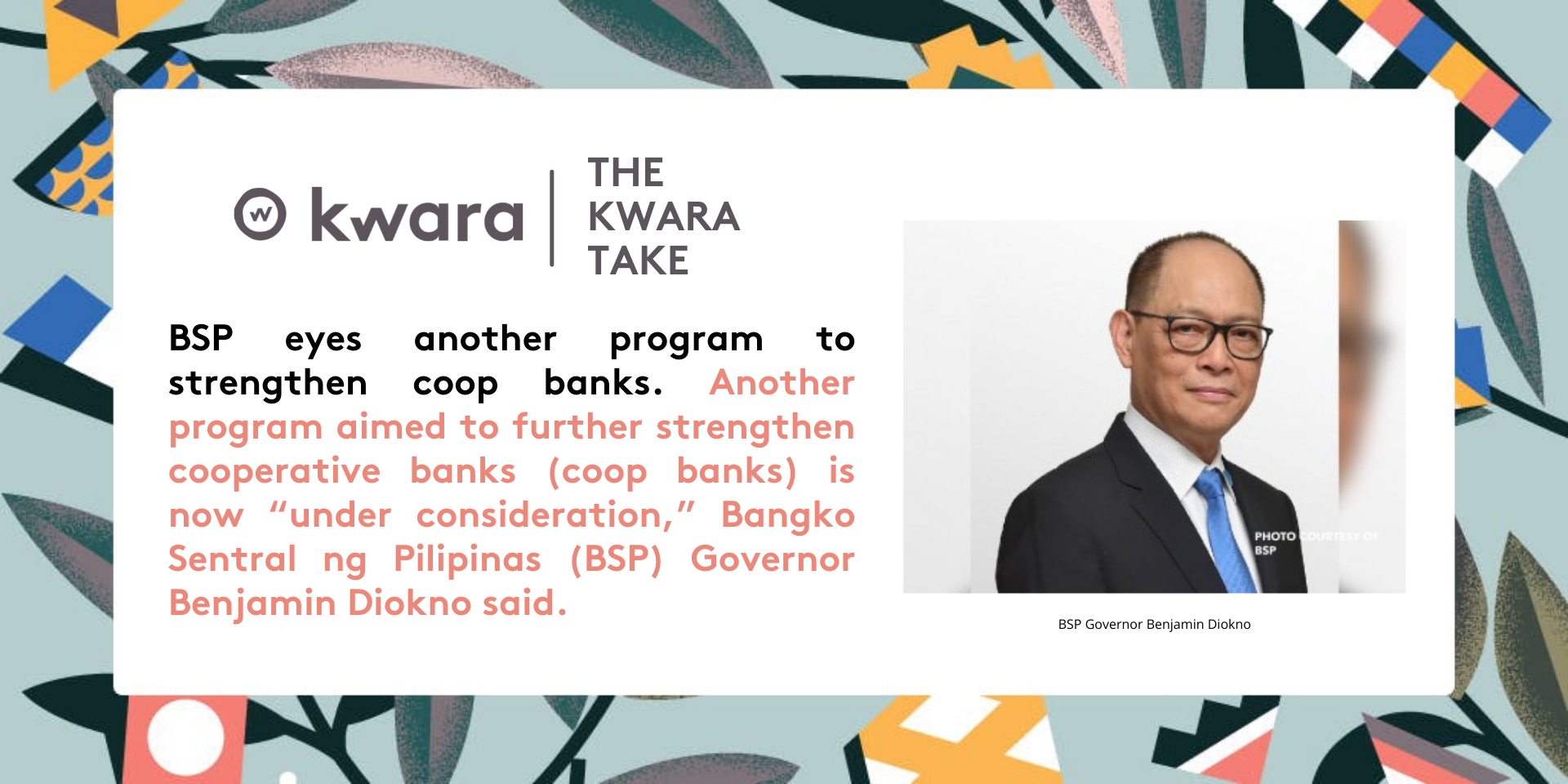